What’s Next for the Unluckiest Generation?

Can digital tools help Millennials turn their finances around?

They’ve been dubbed the unluckiest generation in history. As much as that might sound like an exaggeration, it’s safe to say everyone knows exactly which generation is being described. The average Millennial has experienced slower economic growth since entering the workforce than any other generation in U.S. history, and 62 percent of Millennials live paycheck to paycheck. On top of that, they earn 20 percent less than baby boomers did at the same stage of life. Many Millennials failed to make economic gains during the long recovery after the Great Recession. Instead, they were forced to tap retirement savings, rely on high-interest loans, and rack up student debt even as the U.S. economy grew and the stock market reached record highs.

How can they improve their lot in these trying times? One of the most effective ways to accumulate wealth is by investing. And beyond new investing tools making it easier for young people to participate in capital markets, an entirely new framework for investing is in the works, one that utilizes blockchain technology to create a new, digital asset class.

Financial pros have taken on the challenge of appealing to this generational cohort, but wealth managers need to step up their game to conquer the Millennial heart. So far, the focus has been on user-friendly digital apps and automation, a decent start for the Netflix-loving bunch. Having already grown up in big tech’s shadow, almost half of Millennials are open to using alternatives to traditional investment mediums, such as Google’s investment options, according to Accenture.

What are these exotic tools Millenials use?

The prime example of financial-tool disruption is Robinhood, the stock trading and investing app that took the market by storm, quickly racking up tens of millions of users. With such apps available to make trading stocks more 21st-century-friendly, millennials working from home during COVID-induced lockdowns traded to such a degree that experts hypothesized they were actually moving the market.

It’s easy to see why high tech, zero-commission brokerages should appeal to a broke, digitally savvy generation: They want a piece of the pie. For this to work, they will need more than just user-friendly apps.

A more democratic form of investing

The solutions mentioned so far merely take the existing framework of capital markets and add a digital layer on top. Recently, though, an entirely new asset class was born on an inherently more democratic framework.

INX Limited recently launched the first SEC-registered security token IPO, paving the way for fully-regulated digital assets and cryptocurrency exchange in the United States and granting retail investors a piece of the tokenized pie. Until now, digital assets (essentially assets put on the blockchain) were only available for institutional investors within the U.S., even though retail investors abroad were able to access them as well.

So what’s in it for Millennials? For one thing, when assets are placed on the blockchain, they can be traded 24/7. In today’s stock market, our money is locked between 4 p.m. Friday to 9:30 a.m. on Monday. But what happens if something dramatic happens over the weekend to totally disrupt the market? What happens when a pandemic totally reshapes the world? In the latter case, Black Thursday devastated investors across the globe earlier this year, as stocks plunged drastically as national lockdowns were announced globally. 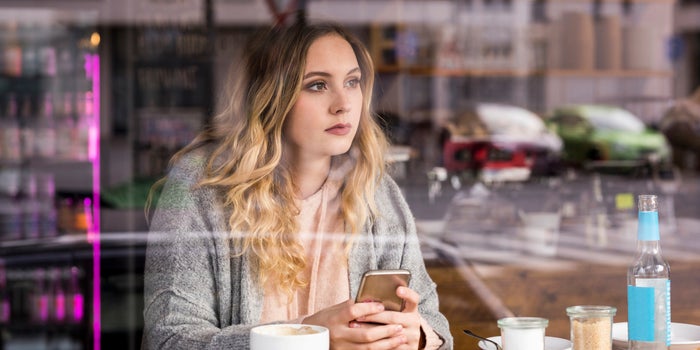 Weekends aren’t immune to drastic market shifts. On a digital asset and cryptocurrency exchange, however, investors aren’t locked in on Saturday and Sunday because every investor trading on such an exchange has access to his or her own assets around the clock. The tokenized framework of investing holds great promise for Millennials in particular, who are sick of being pushed around by legacy institutions.

Another advantage lies in the technology itself. The process of tokenizations enables literally anything—from cars to paintings to real estate—to become tradable assets that can be broken down into shares. Millennials who wish to participate in real estate investing but don’t have the money to do so will be able to invest in a portion of a property, broken into “security tokens,” that will yield them potential profits down the road.

And different companies in the digital assets space are addressing different aspects of finance. Realio, for example, is building an ecosystem that aims to make institutional-grade investments accessible to a wider audience. Last month, the company partnered with Valentus Capital Management to digitize a $250M+ investment fund, opening moderately sized investors to opportunities reserved for the big wigs in traditional financial markets.

When a generation has stumbled into recurring economic turbulence, they have only their wit and ingenuity to achieve the kind of financial stability preceding generations could seize more easily. Beyond that, it’s about time the world of finance adapts to the 21st century, and by more than just standard digitization of processes and user-friendly apps. Only time will tell whether tokenization will move the financial needle far enough, but it’s a welcome start.

If Running Your Business Feels Hard, You're Doing it Right. Here's Why