Walking around like a boiling kettle isn't fun for anyone, but there is a way to dissolve this powerful energy.

Walking around like a boiling kettle isn’t fun at any time, but when you’ve spent most of your life that way and you don’t understand what is causing it, it’s even more painful.

The psychological impact of anger isn’t just damaging to the individual, but it also destroys relationships, families, and cripples our ability to build deep connections with others because we push people away from getting close.

My own personal relationship with anger and being controlling went on for years. When I didn’t get my way, or I didn’t feel understood, I would erupt to shut the other person down by shouting and snapping. The most embarrassing time I remember was when I was attempting to get a TV show deal. It didn’t go my way so I blew up on the phone to the TV agent.

No, I never heard from her again.

When we calm down we get confused because we say “why did I show up like that?” and then we spend days beating ourselves up.

This is the cycle of anger.

For many years, I thought that I would just have to ‘manage’ my anger and that this part of me would always be with me, but the more I started to learn about the energy of anger and how it works at the quantum physics level, I started to understand that I could, in fact, rip it out at the root, which I did.

In this article, I want to bring to your awareness that years of very strong, powerful anger can dissolve, in an instant.

When someone approached me and told me that he had 30 years of “simmering rage,” the first step was to find out if they are aware of the root cause.

Why we get angry is not the same as the root of the anger. If we snap because our partner isn’t doing something that we want, the anger is rarely from that, it’s from something much deeper. In the case of this person, he was unaware that the cause of his anger, which was impacting his relationships, his interactions with important clients, was because his dad abandoned him when he was a child.

His nervous system had never processed and resolved the issue from the past. His body was not relaxed and had not come to terms with it. The energy needed to be released.

In the most simple terms, if an event is left unresolved, it will flair up in some way, many times we are completely unaware they are linked. Think about any event that’s unresolved in your life. It’s the same, it just may not show up as anger.

For example, when I was young, I was bullied. Because that was left unresolved in my body and because I didn’t stand up for myself, it caused a lack of connection with others and then addictions to soothe myself.

When a traumatic event happens (an interruption to normal energy flow), our body goes into fight/flight.

With animals, you will notice that they often shake themselves off like they just came out of the water. This is actually the dog resetting its energy. If a dog gets attacked, frightened, or stunned, it will shake itself off, thus resetting its own energetic system.

As humans, especially as children, we don’t have the tools or strategies of how to energetically reset ourselves. So much of the population is walking around in adult bodies as frightened children.

When we throw our toys out of the pram as adults, it’s not ‘us’ that is angry, it’s a part of us that is angry that’s showing up at the moment. The child shows up and wants to be understood. In most cases, anger is the energy of the past, showing up in the present.

It’s great to have this awareness as a starting point, because the next time you get angry, you can tell yourself “I’m noticing that a part of me is showing up right now that’s not the true me”.

A challenge for many people who have pent up anger is that they suppress it and then it ends up building up into a very unhealthy outburst. Alternatively, it will be completely suppressed with substances and then manifest as anxiety, depression, or other mental health issues.

Healthy self-expression is another key element of healing anger because what some will tend to do is not speak up about how they feel because they feel that they will upset or lose someone they love. So when we suppress anger or don’t express how we really feel, it creates a monumental issue for the body. 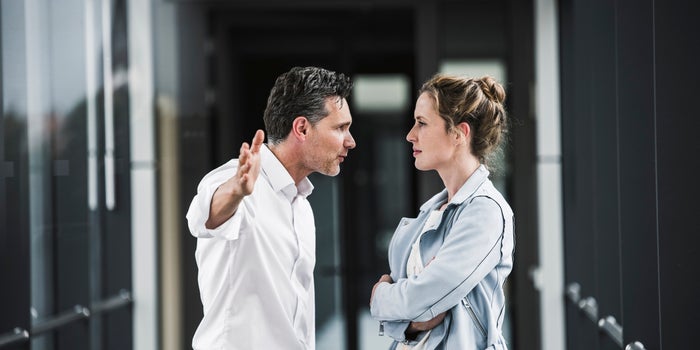 Ripping out anger at the root, once and for all

Before I explain the process, I just want to explain here that even if someone heals from 30 years of anger, it’s not that the person will not get angry again. It’s that the anger associated with that event has dissolved. When anger shows up again, there will be a different level of understanding about it, and so the reaction will be different. An event will happen and it will be handled consciously and in a healthy way vs destructive.

Once we know what the cause of the event is, by going back through the timeline of our life and identifying when the anger started, we can then pinpoint the moment of the pain and the needs that were not met at the time.

You can start by writing down all of your triggers to anger and then asking these five questions:

Why am I really angry?

What do I need to feel in this moment?

What do I need at this moment?

Where do I feel it in my body?

Am I willing to go deeper?

Then if you close your eyes and then be fully present with the anger, you can start to feel it as what it is, energy.

This is about becoming both emotionally and energetically intelligent about your anger and this is a superpower because you are being with it, vs resisting against it.

In the example of when the man’s dad left, we must pinpoint when the energy in the body shifted. We can do this by closing our eyes and going back to just before the event and slowly playing the scene in our minds.

Typically at the point of the shift in energy, we created a story or created a set of meanings about the event.

For example, when I was bullied by a teacher at school and he sent me off into a utility room to “watch the wallpaper fall off the wall,” when I was sat in that room, I would tell myself things like “I’m not good enough” and “I’m different” and “nobody likes me”.

In the case of bullying as a case of anger, it comes down to the moment that we didn’t stand up for ourselves. At that moment we may have lost our power.

Just because the event happened 30 years, ago, doesn’t mean that you can’t resolve it.

When we go back into the memory, and for example, we stand up to the bully, say the words we needed to say, stand up for ourselves, and actually feel it at a visceral level, the impact can be rapid and transform lives.

What happens is, when we shift the energy, our nervous system relaxes because it’s no longer protecting itself.

So when the little boy lost his dad, and now he doesn’t make it that he left because of him, and he understands it’s for another reason, his body can relax.

The world is in so much pain because of past hurt, so I want you to know that no matter what has happened, you can heal it.

But only if you have the belief you can. Because if you’ve created the story that the pain will always be with you. It will. If you have a belief that you can and will change. You will.