The Richest Family in the World Increases Its Fortune After Selling $2.1 Billion Worth of Walmart Shares

These transactions are intended to prevent your stake in the retail chain from rising.

These transactions are intended to prevent your stake in the retail chain from rising. The heirs of Walmart founder Sam Walton own about half of the store’s outstanding shares through Walton Enterprises and the Walton Family trust.

Related: Why Do People Call AMC Stocks As “Meme Stock”? Because It’s Like A Joke 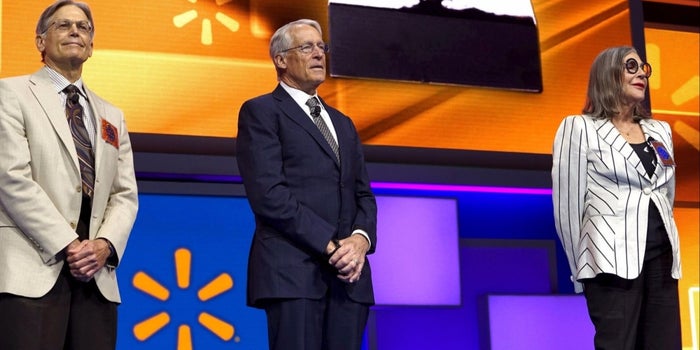 Walton Family Holdings Trust sold $430 million in shares last week, according to Securities and Exchange Commission (SEC) documents accessed by Bloomberg. This brought the Walton’s earnings to $2.1 billion so far in 2021.
According to a spokesperson for the Bentonville company, Randy Hargrove, the sales align with the empire’s effort to maintain the balance of family and non-family ownership of the brand and help fund charitable contributions.

As reported by the outlet, the Waltons moved 194 million Walmart shares into their trust in 2015, of which they sold the majority plus 415 million in 2020.

In 2015, the company began a share buyback program, with which it has repurchased $37.4 billion in assets. Since then, the stock has risen 64 percent.

This latest move helped lift the combined Walton family fortune to $216 billion, according to the Bloomberg Billionaires Index. Of it, three-quarters are linked to their shares in the retail company.

How Would You Spend Elon Musk’s $160 Billion Fortune?