The Most Powerful Civil Servant!

The world’s most powerful civil servant, has more economic influence than anyone, anywhere.

FED Chair Jerome Powell now leads the process that sets the American monetary policy and pushes the button that creates money! Setting FED policy sets the monetary and economic tone that all major economies follow. That unmatched economic and financial power is what gives the FED Chair top rank among civil servants and makes the FED and Chair important to investors.

Why is the FED Chair so powerful?

For further discussion on why is the FED Chair is so powerful, continue reading this lesson 5, The most powerful civil servant!, of the White Top Investor course 145, Investors, The FED And Central Banks.

Learn the unique economic and financial role of the FED and Chair in the U.S. FED activity and words of the Chair influences economic, financial, and central bank policy and activity around the world. Links at the end of this lesson will guide you to related lessons to learn more.

FED powers are direct and indirect

The FED has powerful monetary policy tools that can be directly applied are needed so meet their mandate. Those are the power tools of monetary policy detailed below. In addition, the FED has an indirect influence on financial, economic, and budgetary matters that add to its power.

Using these four power tools together makes the FED Chair the most powerful civil servant. The FED uses the tools to meet the goals, most jobs, stable prices, and good interest rates. The tools affect the number of funds and interest rates used for banking and mortgages. Each tool has a different effect on the system and economy.

This is the interest rate the FED charges reserve banks for short-term loans, the FED funds rate. It is the rate set by meetings of the Board of Governors. The rate affects the short-term rates banks set, and that serves to back up commercial bank liquidity. Lower rates encourage lending and are expansionary. Higher rates contract lending and economic activity.

This is the buying and selling of U.S. Government securities. These activities get directed by the Federal Open Market Committee. Using this tool, the FED has a strong influence on longer-term rates.

Remember, these are debt securities, so the price and value behavior is different from equities. For equities, we want rising prices for more value. For debt or bonds, we want higher yields for more value. Buying debt raises the bond price, which has the effect of lowering the yield.

The FED balance sheet gets expanded when buying and contracted when selling. That balance sheet adds unlimited depth to the power of the FED. With that, the FED had the power to save the world economy!

Responding to the 2008 financial crisis, the FED launched Quantitative Easing (QE). QE was a monthly open market buying of $85 billion of mortgage-backed securities. That kept the mortgage market functioning when all private lenders had stopped.

This newest tool, created following the 2008 financial crisis, became the most used. It pays banks to interest on banks on greater than regulated reserves. Paying less interest expands the market by encouraging banks to put the money out as loans. Paying more interest discourages lending, so banks sit on the money contracting the market by making fewer loans.

The FED and Chair also have indirect influencing powers that were not intended or created by the legislation that established the FED. Those powers are given by the abdications of responsible government budget decisions.

For example, by their very nature, politicians of all stripes are challenged to control spending. Political popularity depends on prosperity, giving, and spending rather than taxing or taking from citizens. That affects spending and budget control decisions and undermines financially responsible governance. However, politicians unwilling to control spending and budgets have the effect of giving more power to the FED.

The FED answers to congress but are largely unaccountable and above political pressure. That has the effect of removing them from any real public pressure. They also operate outside the checks and balances system of the American government.

That means the FED does what they think is right, even when that may not be popular, politically expedient, or get supported by any politician. In contrast, few politicians could stand up to voters or expect to get reelected doing financially responsible but very unpopular moves or policies.

President Donald Trump appointed Jerome Powell to meet the challenge of leading the FED to a new era. As the effects of the financial crisis fade, markets seek to return to normal. The transition to normal interest rates presents a huge challenge for the FED in the years ahead. The QE program during a decade of record-low interest rates will unwind over several years.

From crisis to opportunity

During the crisis, the world’s most powerful civil servant was the brilliant Ben Bernanke. He made bold and imaginative moves to save the economy. With others, he took quick action. Those moves kept the world from plunging into financial darkness. With recovery, the world economy seems ready to move on.

That puts us in the time to end the ultra-low, almost free money interest rate era. We again witness more economic history getting made! As we climb from the interest rate bottom, Powell and the FED must get this part right!

With another excellent Chair in place, the FED will get it right. As a member of the Federal Reserve Board, Powell knows how it works. Powell was first nominated to the FED Board by President Barack Obama. From the steady hand of retiring Janet Yellen, who followed Bernanke, I expect a smooth change.

Powell has a long history of leadership, brilliance, and going from success to success. He attended Princeton University and Georgetown Law Center. He gained experience assisting state lawmakers. He was well-positioned to learn from leading legal minds. Financial and political power players know him. He has well-developed contacts within the Republican establishment.

His law career included clerking for an appeals court judge on the Second Circuit. He gained experience at leading New York law firms. Time in investment banking roles grew his knowledge and success. He built his wealth in financing, merchant banking, and mergers and acquisition work. Working at several Wall Street firms, he rose to vice president.

In higher profile public roles, he became known for his oversight of the “too big to fail” banks. Seen as a monetary dove and middle to the road policymaker. He had expressed skepticism of quantitative easing. That program characterized a decade of FED policy. Now we can expect him to move the FED on from that creative bit of economic and financial wizardry. 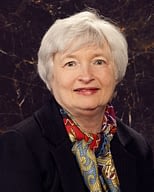 Immediately before Powell, Janet Yellen was the world’s most powerful civil servant. The first woman Chair provided a steady, quiet and reliable hand. Her reassuring leadership style moved the economy beyond the financial crisis of 2008.

The lesson, FED Chair expectation direction, covers the time she took over from Ben Bernanke.

A little reminder of that big 2008 crisis

In economics yesterday and the past matter. In 2008 the entire world teetered on the brink of financial disaster. The brilliant and imaginative Ben Bernanke created credit and economic magic! He saved the world from credit collapse and the ugliness of a depression. His bold action demonstrated the FED Chair’s power. It justifies calling the position the world’s most powerful civil servant.

Answering the question, why is the FED Chair so powerful helped us learn the unique economic and financial role of the FED and Chair in the U.S. FED activity and words of the Chair influence economic, financial, and central bank policy and activity around the world.

The world’s most powerful civil servant has more economic influence than anyone, anywhere. FED Chair Jerome Powell now leads the process that sets the American monetary policy and pushes the button that creates money! Setting FED policy sets the monetary and economic tone that all major economies follow. That unmatched economic and financial power is what gives the FED Chair top rank among civil servants and makes the FED and Chair important to investors.