Steve Jobs, who died in 2011, remains one of the most quoted people in modern history.

Steve Jobs, who died in 2011, remains one of the most quoted people in modern history. And why not? He leads several companies, most notably Apple, which revolutionized personal computers, communications, and both the music and film industries.

Plus, man, could Jobs talk. When people talk about how chief executives need communication skills, Jobs should be Exhibit A. Just Google “Steve Jobs” and you can spend a day reading interviews or watching videos of his many speeches.

Of course, his quotes are everywhere, too. So in creating this list we looked specifically for quotes that can inspire or advise entrepreneurs. We also sought quotes that may not be quite as famous, such as the ones revealed this year by Pepsi CEO Indra Nooyi.

A frequent critique of any list such as this, or even some of Jobs speeches, is that “not everyone can be Steve Jobs.” These miss the point. If your business is far from cutting-edge technology – maybe you run a cupcake bakery or an internet marketing company – that doesn’t mean that Jobs’ experiences and lessons don’t apply. We can’t all be William Shakespeare or Vince Lombardi, either, but that doesn’t stop people from drawing lessons from what they had to say.

Plus, with the well-received “Steve Jobs” film hitting cable, he is back on the minds of many people. And a whole new generation of young people is getting exposed to his story. 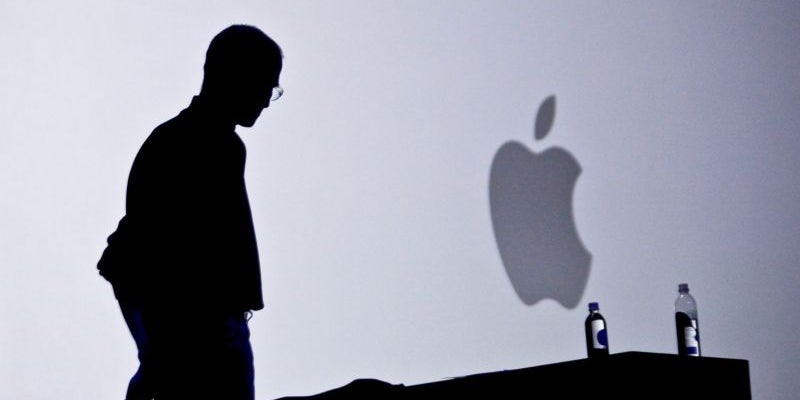 Does a more succinct, inspirational quote for entrepreneurs exist? The Small Business Administration should adopt this 1982 quote from Jobs as its motto (instead it has a 138-word mission statement). Everyone who sets out on their own knows the joy of creating a business. And those who have spent time in the corporate world know how not-fun that can be, what with office politics and those “sorry, we can’t afford merit raises this year” meetings. Creating a successful business is difficult. But entrepreneurs know it’s far more fun – despite the many difficulties – than working for someone else. Jobs said this.

2. “My model of business is the Beatles. They were four very talented guys who kept each other’s kind of negative tendencies in check. They balanced each other. The total was greater than the sum of the parts.”

In 2003, Jobs talked to 60 minutes about the creation of Pixar and how “great things” never get accomplished by just one person. As much as history sometimes elevates the “lone genius” story when it comes to great accomplishments, Jobs correctly hit upon the real truth that it takes a team to make things happen. For every entrepreneur out there, the message is clear: be like The Beatles. Surround yourself with talented people – each talented in a different way, but who mesh well together. That’s the foundation upon which you can build business greatness.

3. “If the design is important to you, it has to report to you.”

In one sentence, Jobs hit on a truth about running a business. If you want to see change or innovation from a certain area, then they need the strong support of the CEO. And they also should know the CEO is directly reviewing their ideas – no intermediary. Nothing shows the significance of something like the person in charge paying close attention. Job said this to Indra Nooyi shortly after she became Pepsi CEO in 2006. She talked about the good advice he gave her in a 2016 interview at the DealBook Conference in New York City.

Pepsi CEO Indra Nooyi also revealed this little gem during an interview in 2016 – another piece of advice Jobs gave her about running a company. Jobs, according to people Nooyi talked to, would throw papers across the room, yell and make people work all night if they delivered something to him he didn’t like. Too far? Maybe. But as Nooyi revealed, it is “very effective” to have strong reactions, even if you just shout and pound the table a little, saying “It shows the passion I have for what I am doing.” If it worked for her and Jobs, it might work for you.

5. “It’s really clear that the most precious resource we all have is time.”

This one hits home to everyone. Who doesn’t think about time? Stephen Hawking wrote a famous book about it. Pink Floyd dedicated a whole song to its fleeting nature. For an entrepreneur, though, the question is, “Where am I spending my time?” If you are what you focus on, then how and where you spend your time in your business says a lot about the direction you are going. And you don’t get to go back and try again – time moves only one way. Jobs said this in an interview with Playboy in 1985.