IKEA, Lenovo Among Businesses with Products Still Stalled in the Suez Canal

The massive cargo ship has 18,300 containers on board.

Ever Given hasn’t budged after being freed from the Suez Canal. Egypt’s government has impounded the vessel for months as it awaits payment on a $900 million compensation bill, CNN reports.

Who are waiting for Suez Canal to be free?

The ship made headlines in March when it ran aground in the canal for six days, blocking hundreds of ships from passing through the waterway. Suez Canal Authority filed a $916 compensation claim against the ship’s owner, Japan’s Shoei Kisen Kaisha or Evergreen, for losses and damages that accrued during that time.
Ever Given was then impounded with its thousands of containers holding products from companies like IKEA, Lenovo, and smaller businesses like UK bicycle maker Pearson 1860. 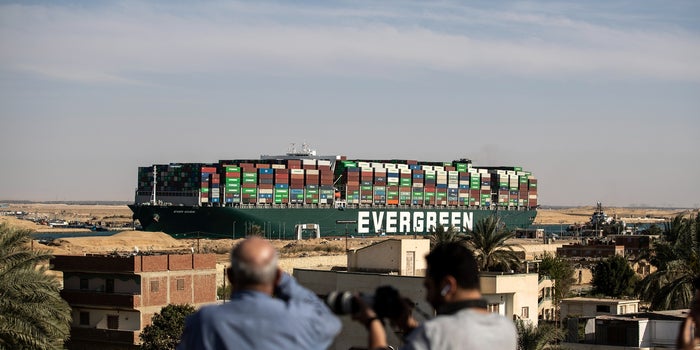 Director Will Pearson says his company has $100,000 worth of goods on board and communication has been poor:

“There seems to be an ongoing shifting of blame and insurance wrangling taking place between the ship owners, Evergreen, and the Suez Canal authorities.”
When an agreement is finally reached, companies may have to pay for part of the settlement.

A maritime law principle called “general average” mandates that all involved parties share the costs of a loss. Some law firms estimate the total value of goods on Ever Given range between $600 and $700 million.

The Suez Canal Authority did not respond to requests for comment. Shoei Kisen Kaisha declined to comment.

3 Side Hustles That Could Make You $100/Hour Or More, According To A Small-Business Consultant

3 Side Hustles That Could Make You $100/Hour Or More, According To A Small-Business Consultant

There Are 3 Types Of Employees. Here’s The Rarest One—And Why Experts Say They Outperform Everyone Else