If Running Your Business Feels Hard, You’re Doing it Right. Here’s Why

Running a startup is supposed to be hard. The vast majority of founders will face countless challenges. Here's how to meet them.

I hear my friends and colleagues frequently proclaim that they enjoy being challenged. It makes sense. After all, challenge leads to learning and growth. So if you want to learn and grow, being challenged is good.

For as often as I hear that, though, it seems like maybe not everyone is being truthful. 2018 Bravely study found that 70 percent of employees avoid having difficult conversations with their boss, colleagues and direct reports, while 53 percent of employees handle toxic situations by ignoring them.

Despite the way many of us tend to pride ourselves on tackling adversity, it’s completely understandable that so many employees avoid situations that make them uncomfortable and require serious effort.

On the other hand, valuable results frequently mean accepting those challenges. In fact, if running your company feels uncomfortable and hard, then you’re likely doing things right. Here’s why.

It’s supposed to be hard

As someone who’s run a small business and watched friends build companies, I’ve learned that anyone who says running a business is easy isn’t telling the full truth. Even the simplest of companies involve complex challenges.

If you’re not thinking about your customers and responsibilities, then it’s quite possible that nobody is. The initiative to grow and build comes from you, and the decisions that you make have important, tangible impacts on the bottom line. That’s a lot of pressure.

Furthermore, not everyone wants to or should run a business, and there’s a reason for that. After all, if working for yourself easily led to riches, who wouldn’t sign up? By starting a company, you are not only taking full ownership, but you’re also challenging currently existing businesses. That requires creativity, strength and a willingness to challenge the status quo.

Even super-successful entrepreneurs like Elon Musk face challenges. Here are just a small number of them:

His first PayPal (then known as x.com) product was voted one of the ten worst business ideas in 1999.

In 2008, both Tesla and SpaceX were hanging on the brink of bankruptcy.

Sometimes Musk only has himself to blame for certain challenges. In 2018, he came under SEC scrutiny over claims he made on Twitter that funding was “secured” that would let Tesla go private. The behavior drove the stock down 20 percent in August of that year.

Struggling with your company doesn’t mean you’re not smart enough to succeed or that you’re a bad CEO. Rather, it means that you have room to grow and accomplish your goals.

I’ve always told myself that I enjoy being challenged, and it wasn’t until recently that I realized it wasn’t always the case. It’s miserable feeling like I’m not smart enough and might not succeed.

Yet it’s from that point of adversity that I find satisfaction. Reflecting on the evolution of my thinking and decision-making over the last six months during the crisis, as well as how that personal growth impacted my business, has been one of the most rewarding endeavors I have embarked on recently.

It’s one thing to know that challenge will lead to growth, but quite another to face it head-on. Here are some tips for doing just that:

Recognize that it’s okay to struggle The first step is accepting the challenges. When I first ran into roadblocks, I became self-critical, thinking that I didn’t have what it took to succeed. The reality, though, is that the struggle is common among founders. Just because things are tough doesn’t make you any less of a leader, nor does it mean you’re destined to fail. 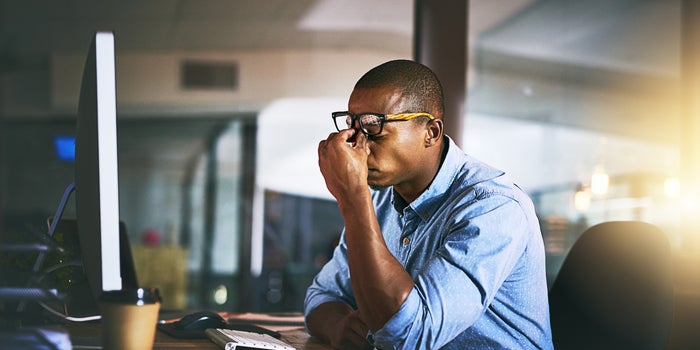 As convenient as it would be for the solution to magically appear each time you faced a roadblock, that’s rarely the case. Instead of overreacting or putting yourself down, take a tactical approach.

I’m not saying to embrace laziness or complacency. Rather, it’s a good idea to take a step back from the situation and give yourself the necessary space. Think “first principles” down to the root of the problems, find out what information you need, determine what you can test, decide who you should talk to, and build from there.

When I’m discouraged and don’t feel like I can pick myself up alone, I find other outlets. I literally have a Spotify playlist dedicated to these moments, full of songs that give me strength and optimism to deal with the struggle (or peace and harmony to handle volatile days).

Talk with others who build you up, engage in hobbies you are (or want to be) proficient at and spend time in nature. Have a Zoom call with an old friend. Spend a socially-distanced afternoon at a recently opened playground with a fellow parent. Do whatever works for you when times get tough.

Finding that courage and confidence will help you tackle your problems creatively and head-on.

Why Do Rich Chinese Spend Money To Learn How To Recognize Fake Goods?

Top 5 Billionaires With Amazing Opposite Ways Of Spending Money

Quiz Test: What’s Your Tolerance for Risk In Investment?