Seun Adedeji is among Black entrepreneurs pushing for a share of a $16 billion legal pot industry dominated by Big Business.

n the hinterlands of central Massachusetts, Seun Adedeji works the crowd with an evangelist’s flair. “We’re here to get you guys medicated and elevated,” he says. At his store’s grand opening this month, he and his customers—some in khakis and leaning on canes, others in psychedelic T-shirts and ripped jeans—greet each other with pandemic-friendly elbow bumps.

Adedeji is a cannabis entrepreneur. In his skinny suit, T-shirt, and wing tips with no socks, he looks the part. His shop, not so much. It’s a low-slung brick building that used to be a gas station in the former mill town of Athol, population 12,000. It still could be mistaken for one, except for the bright green marijuana leaf balloons hanging from the ceiling, the pre-rolled joints under the counter, and the rainbow of artisanal glass pipes on top.

Research: The Average Age of a Successful Startup Founder Is 45 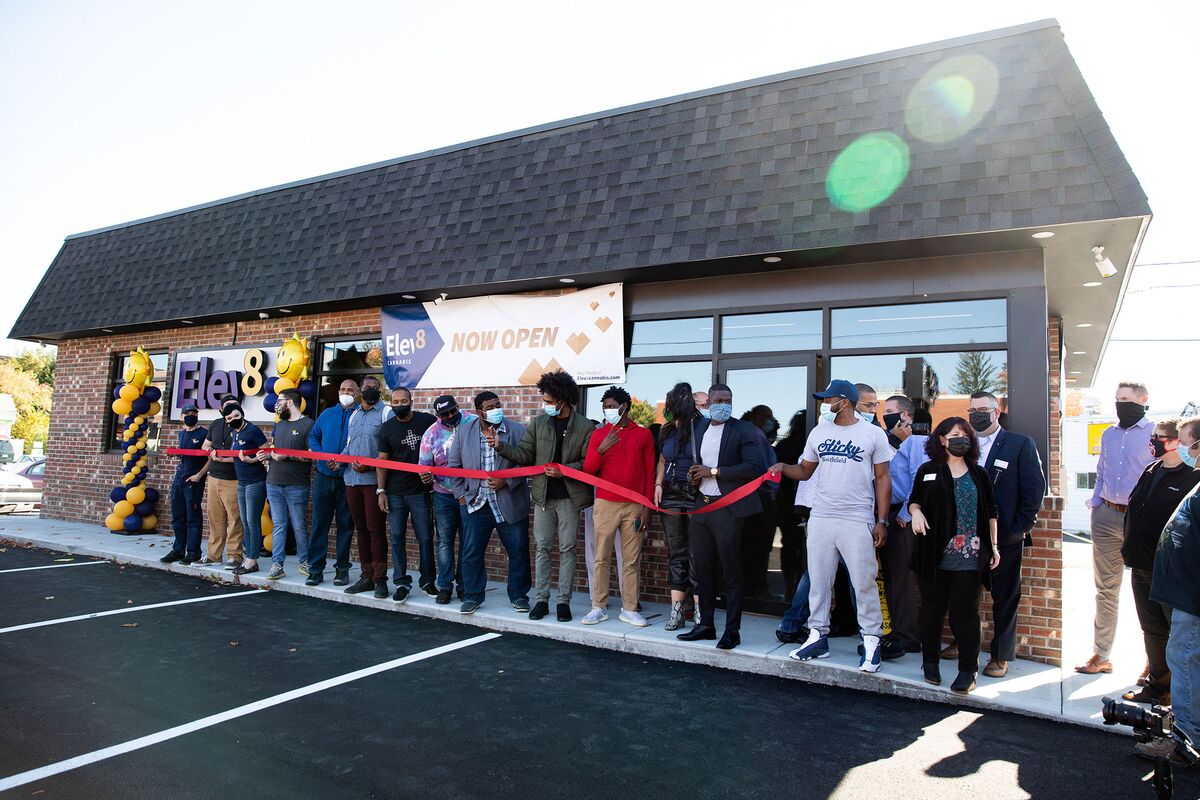 As a 27-year-old Nigerian immigrant with only a high school diploma, Adedeji had to start small. He’s a rarity in the $16 billion-a-year U.S. legal marijuana business: a dispensary owner who is Black.

His company’s name, Elev8 Cannabis, has a double meaning. It’s about getting high, of course, but also alludes to the legalization movement’s social equity mission. Advocates call for government support of Black-owned cannabis companies to reverse the devastating toll of the war on drugs and mass incarceration on minority communities. At age 13, Adedeji himself was arrested for selling pot. Yet, for all the talk of justice, it’s White corporate types—many from Wall Street, Silicon Valley, big liquor and tobacco—who have come to dominate the lucrative emerging industry.

Adedeji, who wears a gold pendant with inspirational words from the poet Maya Angelou, argues that Black people deserve access to legal pot’s windfall profits. He says it would be a step toward repairing the inequities of systemic racism: “We need to create generational wealth in the minority community.” 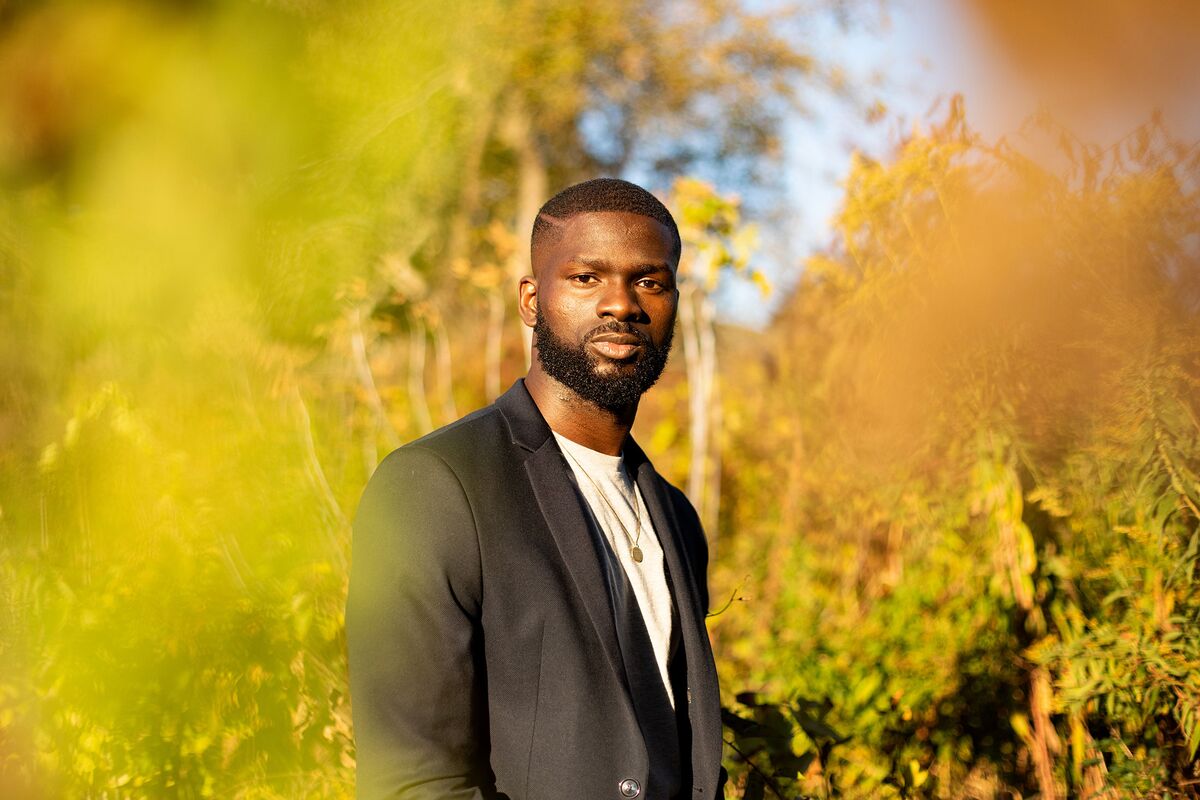 This argument is gaining currency amid a booming pot industry. On Nov. 3, voters in Arizona, Montana, New Jersey, and South Dakota will decide whether to legalize recreational marijuana, as have 11 other states and the District of Columbia since 2012. (Thirty-five permit medical marijuana.)

Some state and city governments have also started social equity programs for marijuana businesses. Massachusetts and Illinois, as well as Oakland and Los Angeles, are among the most developed. These efforts generally give a leg up to business owners with nonviolent marijuana convictions, who live in neighborhoods with disproportionate drug arrests. Help can include training, breaks on regulatory fees, and priority in awarding licenses and loans. “None of these programs have been a smashing, immediate success” because of the challenges facing disadvantaged businesses, says Shaleen Title, who holds the social equity seat on the Massachusetts Cannabis Control Commission.

The Minority Cannabis Business Association estimates that only 200 of the nation’s more than 7,000 licensed dispensaries are Black-owned. Adedeji’s company, which wasn’t part of the official state social equity effort, is one of the few in Massachusetts.

The main barrier is money. Opening a dispensary typically costs $500,000 to $1.5 million, according to cannabis industry tracker Arcview Market Research. Banks loans aren’t an option, because the federal government still considers marijuana illegal. Wealthier people have access to networks of family and friends—and even private equity—edging out the disadvantaged.

In a further roadblock, social equity efforts have sparked opposition, including lawsuits from other aspiring licensees that claim unfair treatment. The programs have also been gamed: States have had to crack down on companies that use minority owners as fronts, in some cases taking effective control through onerous lending arrangements. 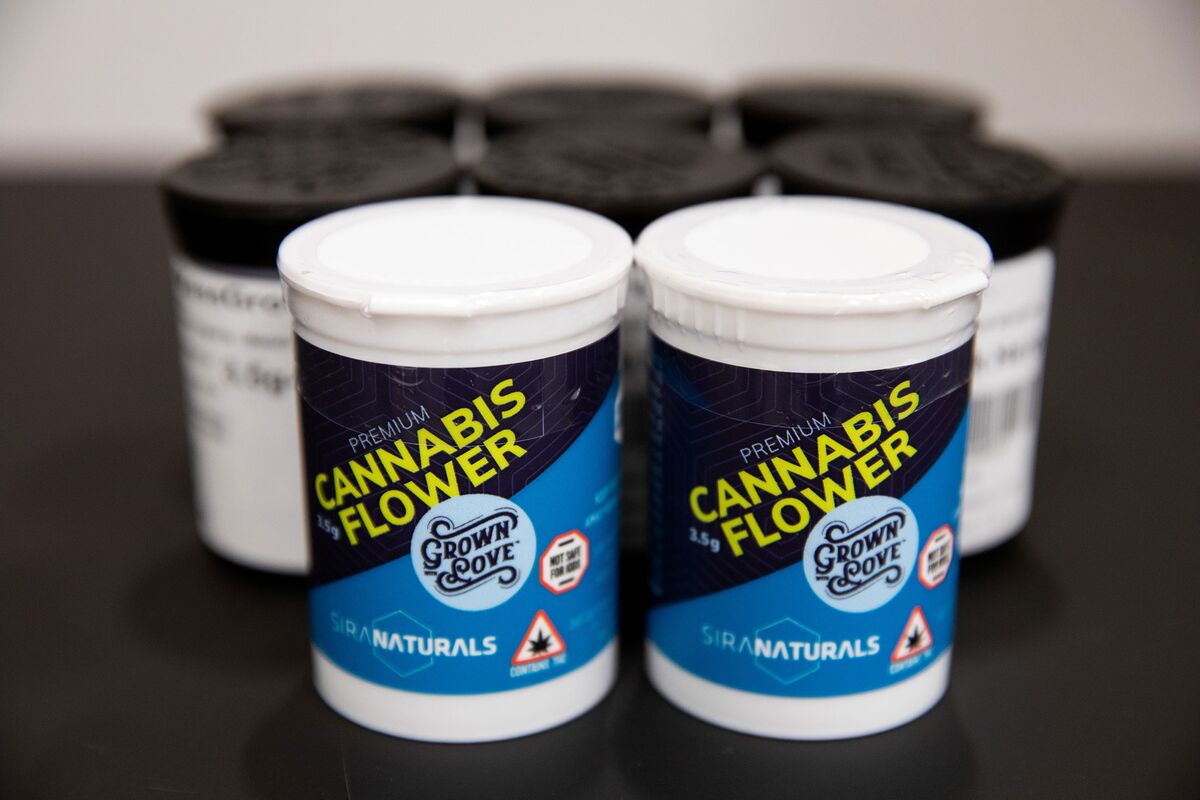 Consider Adedeji, who needed $1 million for his first Massachusetts shop. A large marijuana industry supplier loaned him the money, at 8% interest, but also levied a $3 per item fee and specified that Adedeji had to buy 70% of his product from the lender, Massachusetts records show. After a state investigation, the bigger company dropped those conditions.

Some opponents of legalization dismiss the social equity pitch. Kevin Sabet, an Obama administration drug-policy adviser, says big corporations will end up reaping the rewards of legalization, while poor neighborhoods bear the cost of increasing pot use. “It’s dangling money in front of communities that deserve richer opportunities,” says Sabet, president of Smart Approaches to Marijuana, which supports decriminalization, rather than commercialization. 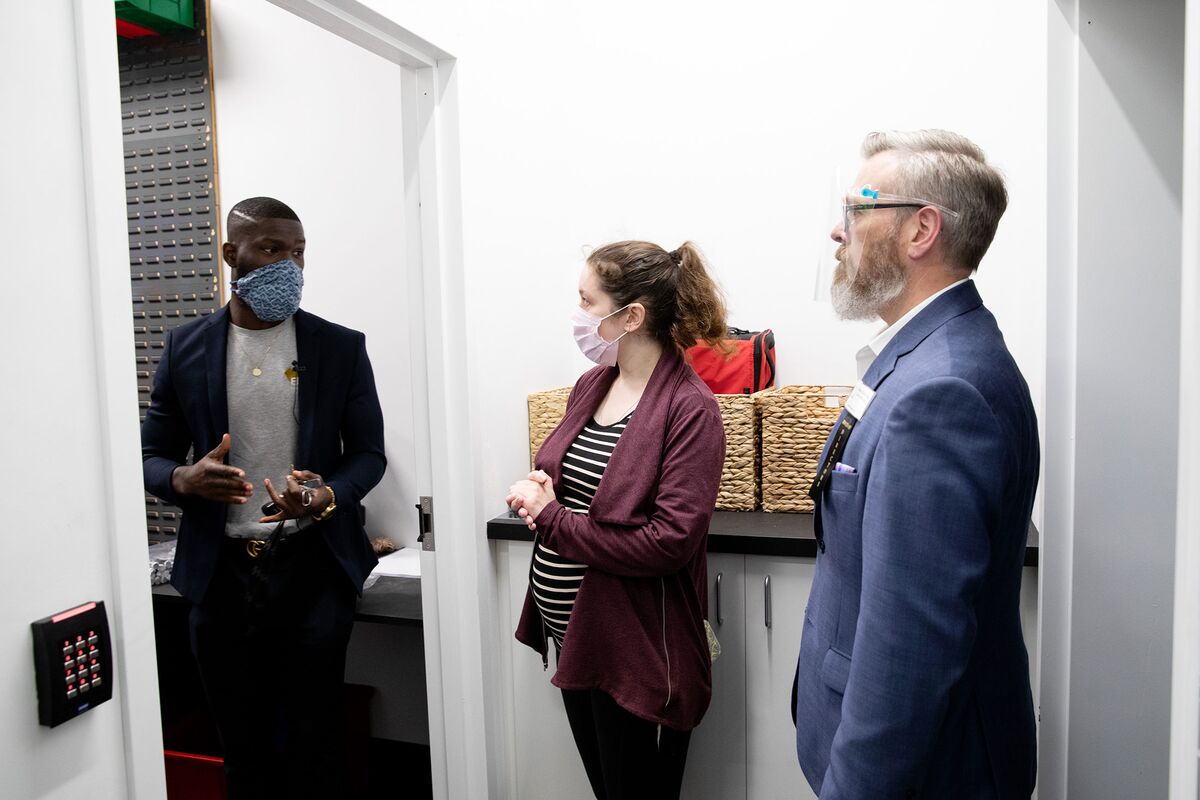 Adedeji disagrees, and his life story represents legalization’s promise. At 5, he emigrated with his family from Lagos, Nigeria. Growing up on Chicago’s South Side, he got into fights and was expelled from school. He never forgets being fingerprinted after his arrest for selling pot in middle school. “I felt like my life was over,” he says.

The charges were dropped, and he straightened out. After high school, he moved to the West Coast and channeled his aggression into mixed martial arts on the Ultimate Fighting Championship circuit. He also worked selling cellphones, rising to become a company manager. In 2017 he opened his first pot dispensary in Eugene, Ore., which he still runs. When he wanted to open a second, he chose Massachusetts because it had a less saturated market. He moved to Boston and secured licenses to operate three dispensaries in the state—the first in Athol, where he paid just $50,000 to buy the former gas station. 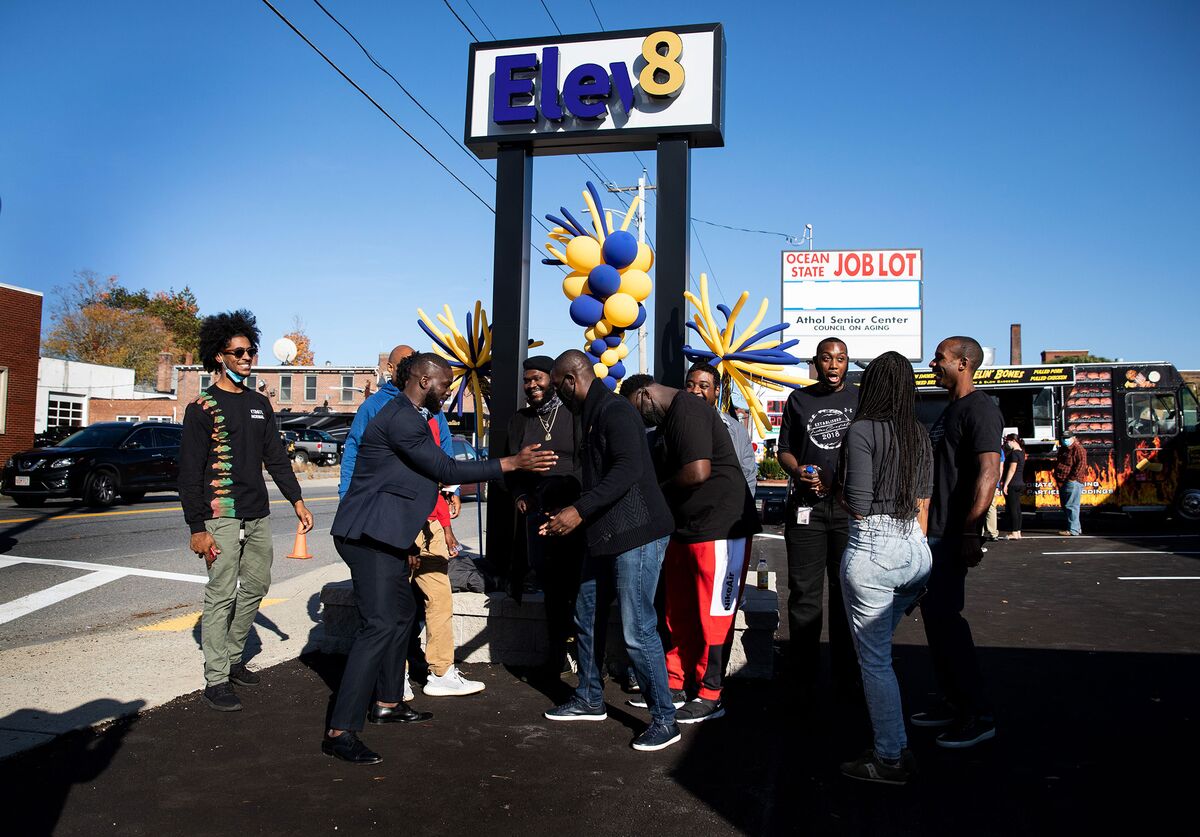 At the shop’s grand opening, about two dozen people, wearing masks, wait in a socially distanced line to enter. Noreen Perez, 52, a former dog groomer, seeks help for her anxiety and pain. Bruce Fowler, 78, an Air Force veteran and retired toolmaker, arrives on a motorcycle adorned with an American flag, and has come just to browse.

The scene is a far cry from the crowds at some of the bigger, better-financed White-owned dispensaries. In the affluent Boston suburb of Brookline, the New England Treatment Access, or Neta, shop occupies a soaring Beaux Arts-style former bank building listed on the National Register of Historic Places. A company called Parallel, whose chairman is the billionaire heir to the Wrigley gum fortune, owns the dispensary. Before Covid-19, it could see 2,500 customers a day, making it one of the most successful in the country. (Neta says it promotes social equity through grants and diversity in hiring and training.)

Athol may not seem the most natural market for a Black-owned pot business. The town is more than 90% White. In the 2016 presidential election, its voters favored Donald Trump, whose Justice Department has often been unfriendly to legalized pot. Local officials nonetheless welcomed Adedeji’s business, as did Chamber of Commerce members, for the potential boost it may deliver to the local economy and tax revenue. 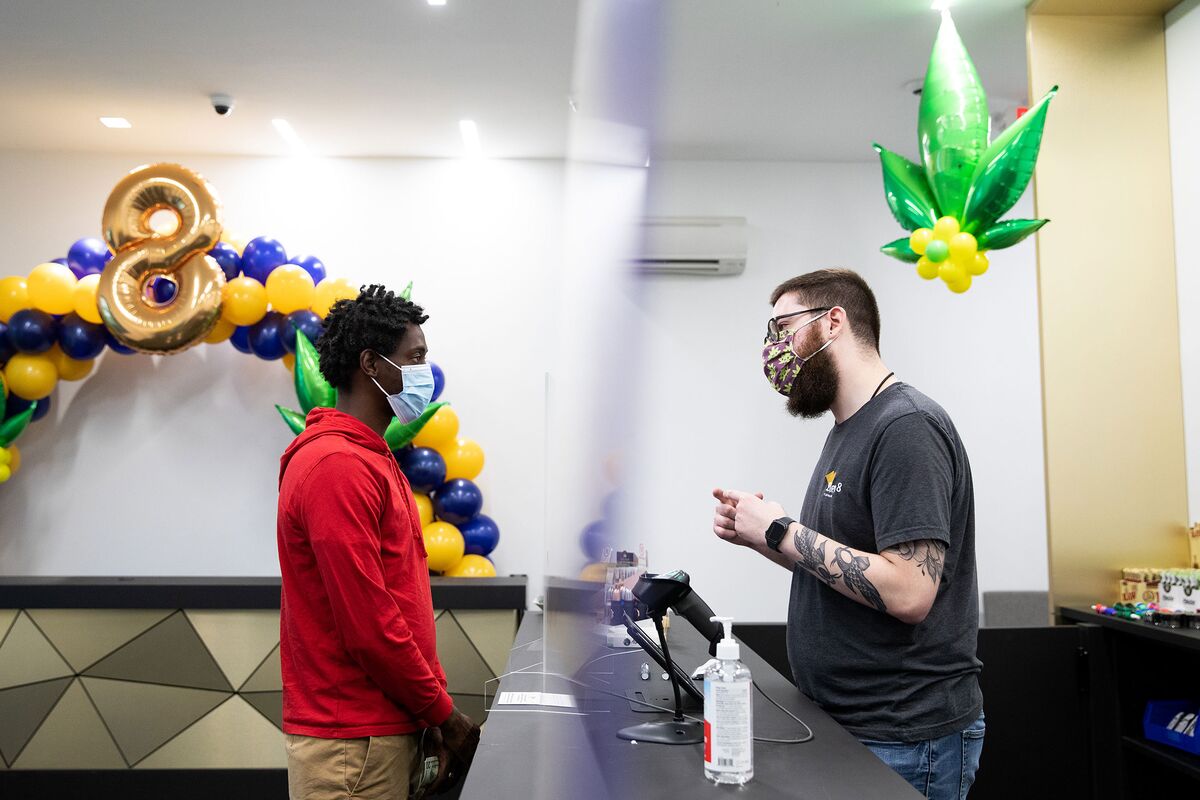 To support Adedeji on the day of his store opening, delegations arrive from other Black-owned cannabis businesses: Boston’s Pure Oasis, the state’s first Black-owned dispensary; JustinCredible Cultivation, in Western Massachusetts; Sticky, a three-shop Michigan chain; and Maryland’s Tetragram, which runs an app for recommending strains of pot.

Marc Ostberg, a branch manager of BankHometown, visits from just down the block for a tour. Inside, hip-hop plays on the sound system. A faint, telltale scent hangs in the air. Adedeji raves about the store’s soothing indica and animating sativa cannabis blends. Ostberg, who wears a plastic face shield with his conservative suit, nods and smiles.

Their conversation highlights both the challenge and possibility of the new venture. “Have you ever been elevated before?” Adedeji asks. “No? One day, we’ve got to change that up.”