Jeff Bezos pointed to a short-term employment model and performance trackers to keep workers on their toes.

Many of Amazon’s policies were designed to prevent workers from becoming lazy, a former vice president told The New York Times. 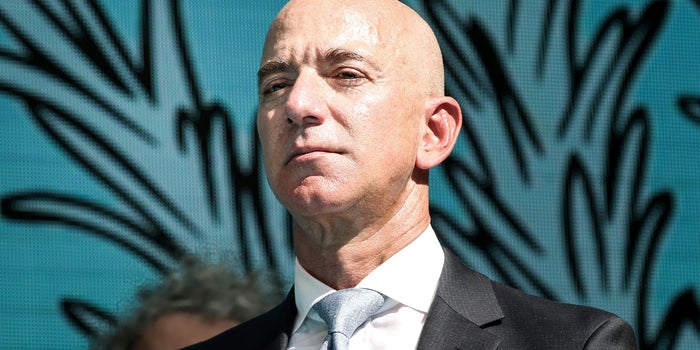 He pointed to a short-term employment model that doesn’t provide employees many opportunities for advancement and to the way Amazon used technology to keep workers on task. Amazon doesn’t guarantee wage increases after a worker’s first three years, the report said, as a way to oust employees who might become too comfortable at Amazon or turn “disgruntled.”

The practices that Niekerk described are some of the company’s most contentious — like firing employees for a single day of low productivity and continually keeping workers on task with limited break time and high productivity goals.

The practices have left many workers feeling as if Amazon treats them more like machines than people, The Times reported.
“We are human beings,” an employee wrote on a warehouse’s internal feedback board last year, according to The Times. “We are not tools used to reach their daily/weekly goals and rates. ”

Amazon’s culture and high expectations for employees have also made the company a leader in workplace injuries. Earlier this month, The Washington Post published an analysis of data from the Occupational Safety and Health Administration suggesting that Amazon warehouse workers were nearly twice as likely to be seriously injured as workers at companies like Walmart.

In April, Bezos said that the company was working “to do a better job for our employees” and that it would invest over $300 million in 2021 to make warehouses safer. He added that the company needed “a better vision for how we create value for employees — a vision for their success.”
Amazon representatives didn’t immediately respond to a request for comment.

There Are 2 Types of Confidence. Here’s The One That Jeff Bezos Has
What Does Jeff Bezos Say In His Final Letter As Amazon CEO?
Blue Origin Will Launch Its First Mission In July, And Jeff Bezos Is The First Passenger

15 Everyday Things That Empty Your Wallet