5 Types of Cryptocurrency Entrepreneurs Should Know About

Cryptocurrencies are both investment opportunities and new financial instruments of increasing importance to investors and business owners. 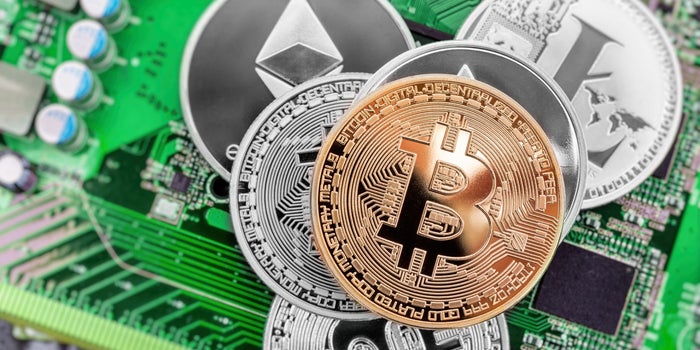 The biggest distinction in cryptocurrency is between coins vs tokens. Every cryptocurrency has to be one or the other. Here’s what differentiates coins from tokens: Coins have their own blockchain. Tokens do not.

Most of the big-name cryptocurrencies — Bitcoin (BTC), Ethereum (ETH), and Ripple (XRP) — are coins. The most important thing to remember about coins is that they have their own blockchain, meaning a decentralized, peer-to-peer network that records transactions on a digital ledger.

By contrast, a token does not have its own blockchain. The Ethereum blockchain is the most popular platform for token creation, though you can theoretically create a token on any blockchain. 0x (ZRX), Maker (MKR) and Basic Attention Token (BAT) are examples of ERC-20 tokens, meaning a specific type of Ethereum-based token. In other words, their protocol exists ‘on top of’ the Ethereum blockchain.

Coins function as currency. Tokens represent access to a product or ‘stock.’

Since coins have their own blockchains, it makes sense that they serve as currency, a means of exchange, within that network. This is why Bitcoin is called digital gold and Ripple is lauded for its fast transactions: Bitcoin is a store of value, like gold, and Ripple facilitates cross-border bank transactions. Furthermore, it’s easier to convert USD to a coin, rather than a token. Investing in a token usually requires exchanging USD for a coin first.

The value of a token is a little more complicated. Tokens are typically released in ICO, which stands for Initial Coin Offering. ICOs are like IPOs for cryptocurrency, meaning that they give the investor access to tokenized services or products, or represent a stake in a cryptocurrency company. This is where tokens get a little confusing: Tokens fall under different SEC regulations depending on what they represent. You can separate tokens into two types of cryptocurrency that represent either a utility or a security.

Understanding the distinction between these two types of cryptocurrency is paramount to investors, cryptocurrency companies, and the government. In other words, the SEC has much stricter regulations for security tokens than it does for utility tokens because, as their name suggests, they’re considered to be digital securities.

Most Tokens Are Utility Tokens.

If you can buy or trade a token on a cryptocurrency exchange without being an accredited investor, then it’s a utility token. In broad terms, a utility token gives an investor access to a service or product. This can mean that a token can represent exclusive access, a discounted rate, or early access. When you hear about smart contracts and DApps, you should assume that a utility token is involved.

Basic Attention Token (BAT) is a utility token that has received a lot of press. It’s a means of exchange for digital advertising attention, hence the name. Integrated with the browser Brave, BAT works in three ways:

BAT represents attention, not stock or currency, making it a utility token. This means that anyone can trade utility tokens on a cryptocurrency exchange.

Security tokens are securities that exist on the blockchain.

The SEC decides whether something is a security token using the Howey Test. In simple terms, the Howey Test determines whether a cryptocurrency investment is ‘speculative’, meaning that the investor makes money based on the labor of a third party.

Investing in security tokens is slightly more difficult. Investors must use a security token issuance platform, like Polymath or Swarm, to buy and trade tokenized securities. Unlike Coinbase or Binance, which are cryptocurrency exchanges that allow anyone to create an account, security token issuance platforms require their users to meet specific requirements. This typically means having your accredited investor status confirmed by a KYC provider. The platform will then create a customized profile that specifies how and how much each investor can trade.

Distinctions between types of cryptocurrency can be obscure. Since companies have access to a much smaller investment pool with security tokens, some try to pass off their security tokens for utility tokens. There is also debate over whether tokens can represent currency, like coins, rather than access to a service. To make matters less clear, stablecoins are often technically ‘stabletokens’.

What is a Stablecoin?

Stablecoins are an increasingly popular type of cryptocurrency, especially in a Bitcoin bear market. This is because stablecoins are “pegged” to traditional assets like fiat (meaning government-backed currency like the US Dollar or Euro) or gold.

For example, the theoretical exchange rate between a stablecoin pegged to the USD and the US Dollar itself is 1 to 1. In theory, the company behind a stablecoin has the same exact amount in assets, stored in bank accounts, as they do tokens.

The advantage of stablecoins is that in a bear market, crypto investors can move their money from volatile cryptocurrency to stablecoins, a more ‘stable’ asset class in theory. This is instead of converting it back to USD, which can be a two-step process that incurs transaction fees. When a bull market returns, investors can convert their stablecoin back into other more volatile currencies at little to no cost.

Historically, however, stablecoins have ‘broken their peg’ in both directions. For example, controversial stablecoin Tether (USDT) has been worth less than a dollar, and Gemini Coin (GUSD) has exceeded the value of a dollar. This highlights another feature of stablecoins: Most have “USD” in their name. But keep in mind that not all do. For example, Maker (MKR), another stablecoin, does not.

Despite being called stablecoins, stablecoins are usually tokens, meaning that they don’t have their own blockchain. Maker (MKR) exists on the Ethereum blockchain. Tether (USDT) was built on the Bitcoin blockchain. Similarly, both these “tokens” function as “currency,” which is a characteristic of coins, not tokens. As we develop new applications for digital currencies, distinctions between types of cryptocurrency become increasingly blurred, which makes SEC regulation even more uncertain.

Distinctions between types of cryptocurrency matter.

Why should you care whether something is a coin or a token, a utility token or a security token? Though the world of digital currency appears new and unclear, every prospective investor should know the value of the crypto they’re considering and, above all, how current and future SEC regulation will affect it.

Why Unglamorous Entrepreneurial Opportunities Can Be Lucrative

How to Research a Business Opportunity

How to Research a Business Opportunity

The 10 Most Profitable Small-Business Industries