Even the richest man in the world messes up sometimes.

By just about every measure, William Henry Gates III is a pretty smart and successful guy. The man who started Microsoft and who was once worth 12 figures (not a typo) has revolutionized the tech industry through his business and changed the world through his foundation.

But, that doesn’t mean it was easier for him when he started out than it is for anyone else. His first business failed, and while he was an excellent CEO, he made several big mistakes at Microsoft.

If you’re starting a business and struggling to figure out how it is all going to work out, then take heart: You’re not alone. Even the richest man alive struggles sometimes.

Don’t believe me? Check out the five times Bill Gates screwed up.

When he named his first company Traf-O-Data (and it went out of business). 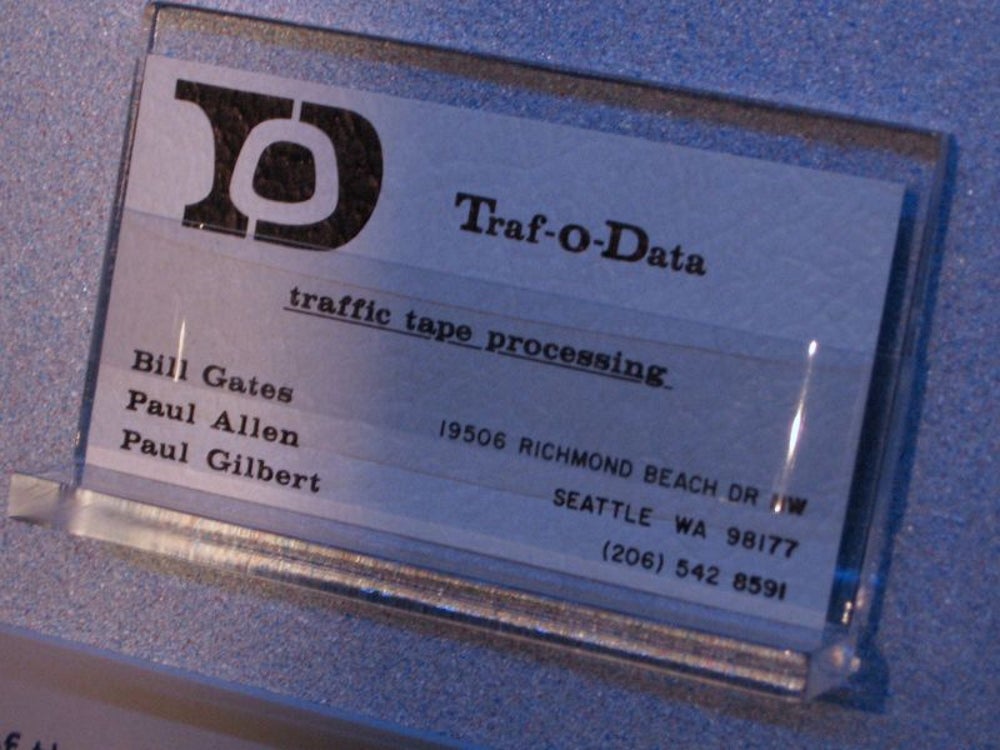 As Paul Allen relates in a Newsweek piece, “Traf-O-Data was a good idea with a flawed business model. It hadn’t occurred to us to do any market research, and we had no idea how hard it would be to get capital commitments from municipalities. Between 1974 and 1980, Traf-O-Data totaled net losses of $3,494. We closed shop shortly thereafter.”

Notably, Allen’s also clear to point out that Gates wanted to call the business Traf-O-Data . . . I’d want to disassociate myself from that name too.

When he could have created the world’s leading search engine (and let Google do it instead). 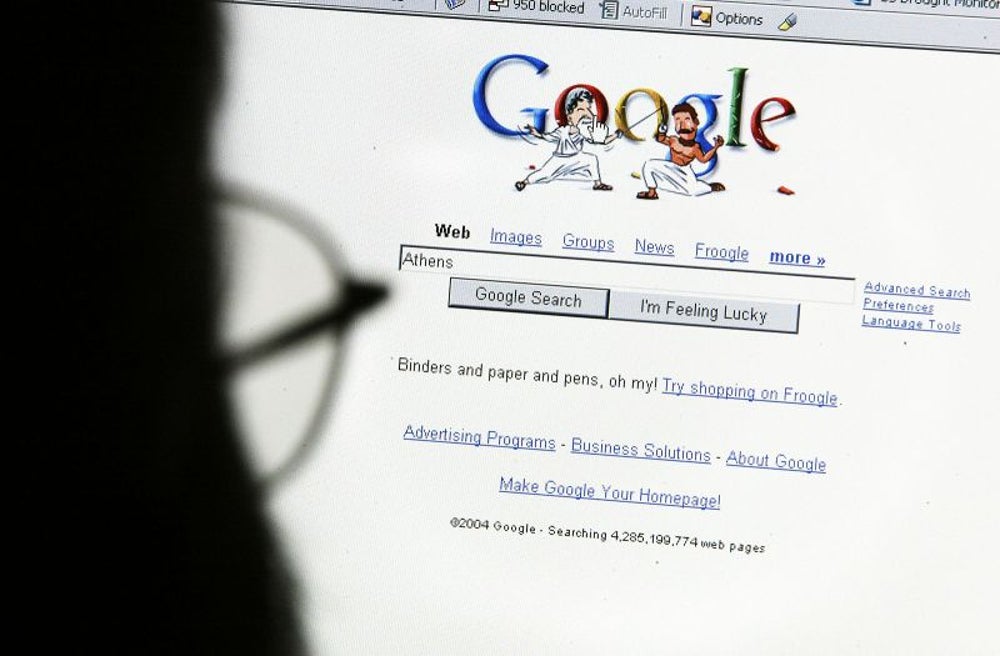 Microsoft was already one of the biggest companies on the planet when Google was founded in 1998, but the open-software startup beat Gates’s tech giant when it came to creating a clean search engine. Even Gates admitted this at the World Economic Forum in 2004, saying Google “kicked our butts.”

When he rescued Apple (and it became bigger than Microsoft). 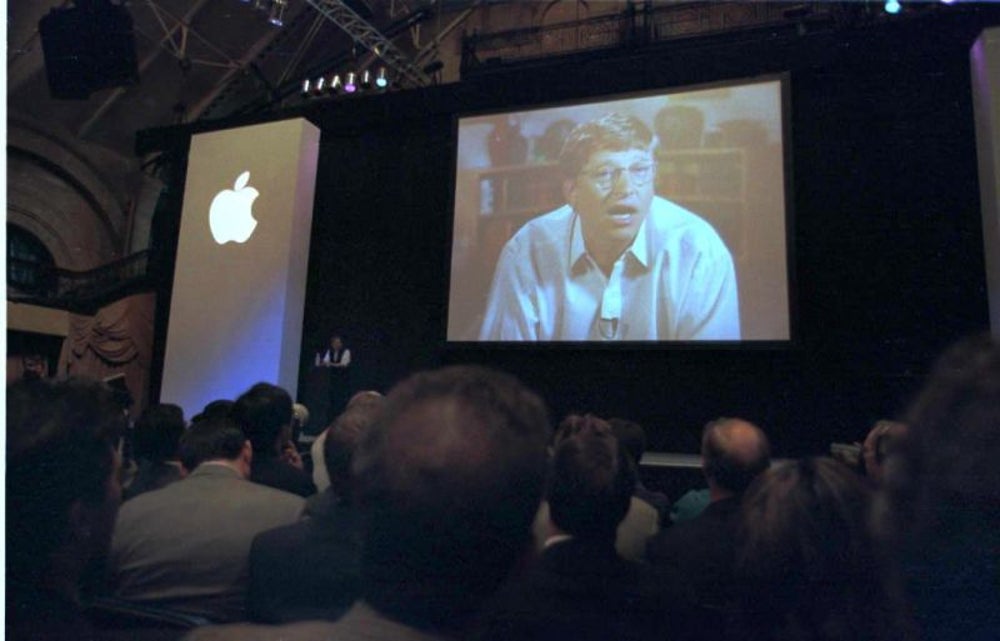 There’s plenty of debate around Microsoft’s massive investment in Apple. Bloomberg has asked whether it’s the worst business deal ever, while ZDnet says it’s all been an exaggeration.

Perhaps it’s best to see what Jobs had to say about the issue at the time in 1997, though: “We have to let go of the notion that for Apple to win Microsoft has to lose. The era of us thinking that we compete with Microsoft is over.”

That was then. Now, Apple’s market cap is significantly higher than Microsoft’s.

When he underestimated the power of the internet (and let other companies pass Microsoft online). 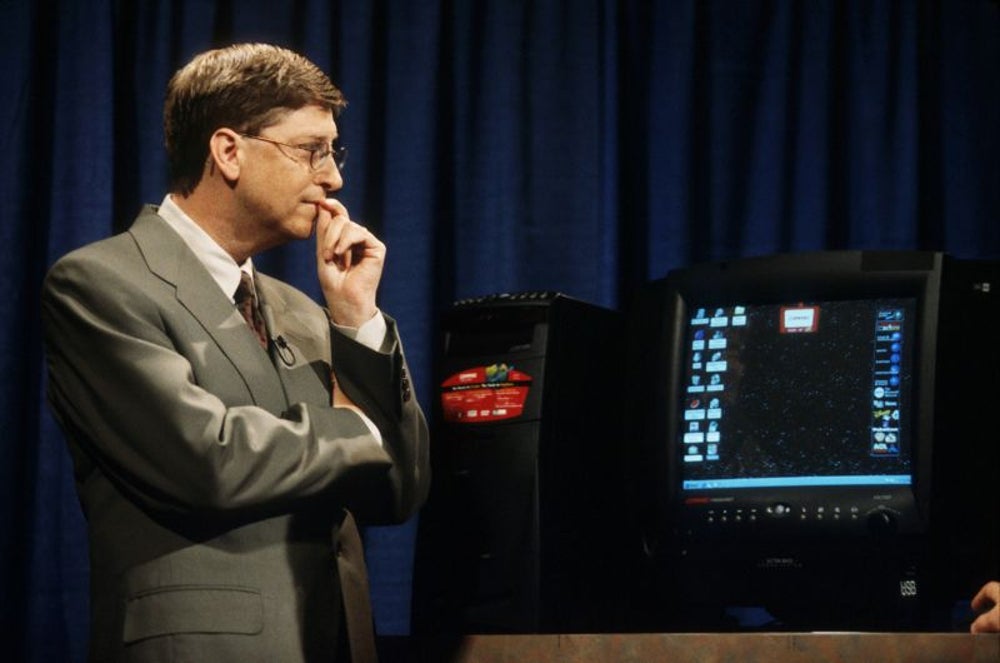 In a Quora interview, former Microsoft SVP Brad Silverberg claimed that Gates failed to understand just how massively influential the internet would be. He wrote, “Bill also had a difficult time figuring out how to respond to the opportunity/threat of the Internet. It’s understandable. When you own Windows in the late ’90s, life is good and why would you want things to change? Bill’s view was to protect Windows, and didn’t come up with an approach that kept Windows and Microsoft’s systems strategy at the forefront.”

When the government filed antitrust suits against him (but he answered questions like a boss). 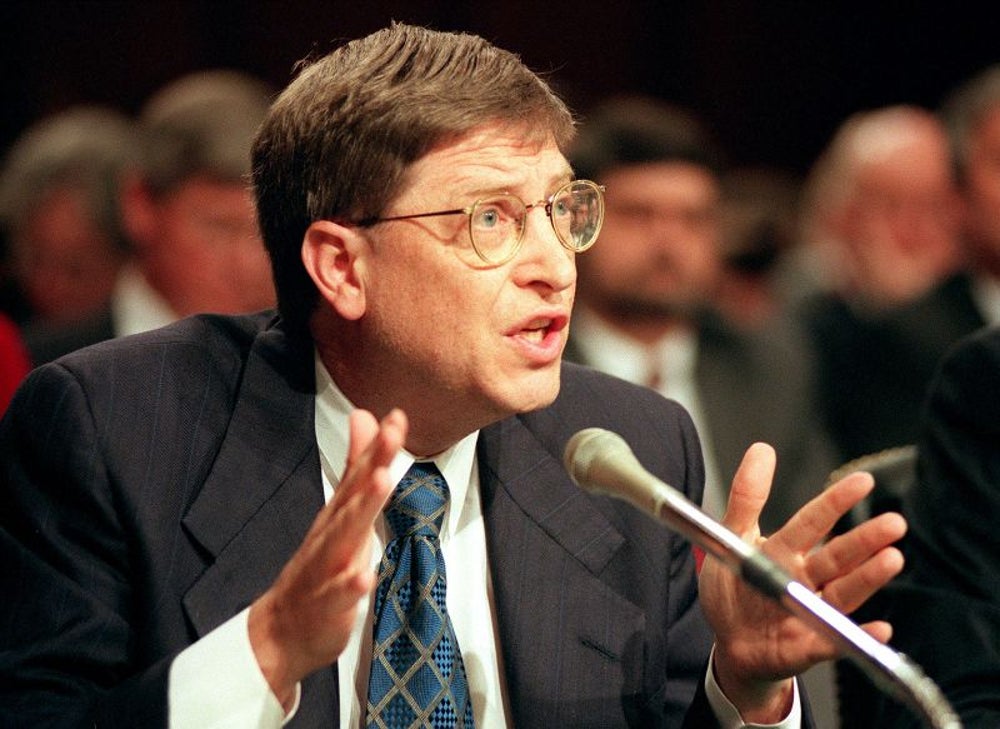 Silverberg also claimed Gates should have focused more on creating a relationship with the U.S. government. “When Microsoft’s competitors were effectively lobbying the government, Bill’s attitude was the government should just go away and leave Microsoft alone. In his view the company was competing hard but fairly; it was creating value for customers and that should be enough. Well, this approach of not constructively engaging the government and concerned politicians, of not alleviating concerns that were not going to go away, was a disaster. The US federal government, many states, and the EU all essentially declared war on Microsoft, and Microsoft paid a devastating price.”

That price came in the form of several lawsuits, which Microsoft settled after being accused of becoming a monopoly in using anti-competitive practices. The only good thing that came out of these lawsuits is Gates’ hilarious deposition, in which he stubbornly fails to directly answer questions for hours, even causing a judge to laugh.

8 Shocking Secrets I Learned While Working on Private Jets

8 Shocking Secrets I Learned While Working on Private Jets

5 Investment Trends That Will Dominate After the Pandemic